What are you doing to prepare yourself for the New Year? If you don’t have anything in mind yet, or need some inspiration, we’ve got that for you – a collection of some of the most unconventional rituals done across the globe to welcome the New Year.

Argentinians come together on the eve of the New Year to shred old documents and papers which symbolises the past being left behind. At 12 noon sharp they throw the shredded papers out of their window and up in the sky as a form confetti for the whole town

To represent their readiness to welcome the New Year & to let go of the past year, Italians throw out their furniture via the window or balcony on New Year’s Eve. This could include pots and pans, and at the extreme end – even a fridge or large items of furniture. 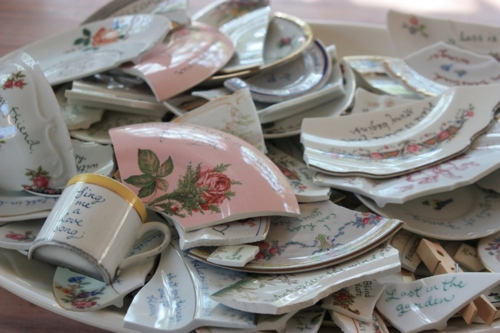 The more broken plates you have at your door in Denmark on New Year’s, it means the more friends you have. According to Danish tradition, if you love someone, you throw utensils at their door. While this may land you in jail if you attempt it in Singapore, you can try their other tradition: jumping off chairs at midnight to welcome the New Year, which helps bestow good fortune on you.

JUMPING ON THE WAVES

In Brazil, when midnight rolls around on New Year’s Eve, you’ll see Brazilians jumping over 7 waves whilst making a wish. For each wave you jump, you get one wish. This ritual is not only supposed to bring good luck for the coming year, but also grant their wishes – for the Goddess that protects the sea, Iemanja, is said to make their wishes come true on this night.

With food being one of the more popular subjects with Singaporeans, this might be a tradition that you’d want to have a shot at. In Estonia, it’s believed that if you have 7-12 meals on New Year’s Eve, you’ll acquire the strength of seven men for the New Year and you’d have food in abundance for the whole year. 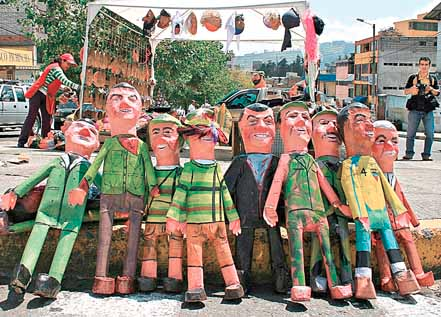 The Ecuadorians take warding bad luck away, to a whole new level by burning dummies, literally. The blowing up of these dummies (which are made out of straw, leaves, sawdust or paper mache) represents the Ecuadorians paving their way for better luck in the following year. The dummies come in various shapes and sizes – from cartoon characters to politicians and wayward family members – and if you get on the wrong side of the Ecuadorians, you might see a dummy of yourself being blown up.

A tradition that dates back to the times when Vikings ruled, the Hogmanay Festival is a favourite festival among the Scots. Held yearly on the 31st of December, local men parade through the streets while holding balls of fire and swinging them over their heads. According to legend, these balls of fire represent purification and sunshine, which is welcomed in the New Year.

THE FUTURE I SEE

A little peak into your future? That might be possible with the German and Austrian New Year tradition of lead pouring which involves pouring molten lead into a bowl of water. The shapes that form in the bowl are indications of the future: shapes like rings indicate weddings, while a ball signifies good luck and a cross means death. 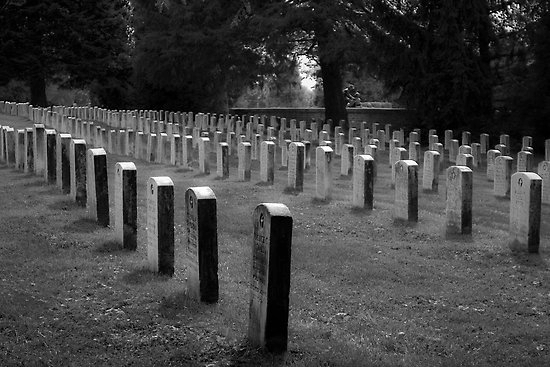 HANGING WITH THE DEAD

Locals in Chile attend mass on New Year’s Eve and then proceed to the graveyard with chairs to wait for the arrival of the New Year. What makes this interesting is that the graveyard will be lit with pretty blinking lights, accompanied by classical music playing in the background, making it a perfect garden party setting!